Aishitoto has participated in several activities and received commendation achievements in different spheres. 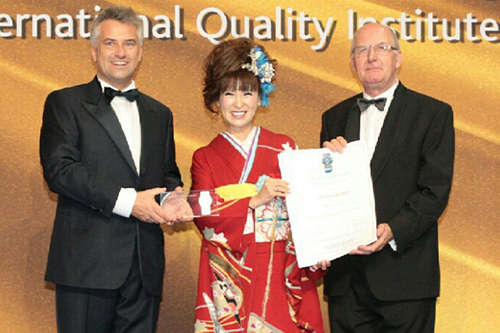 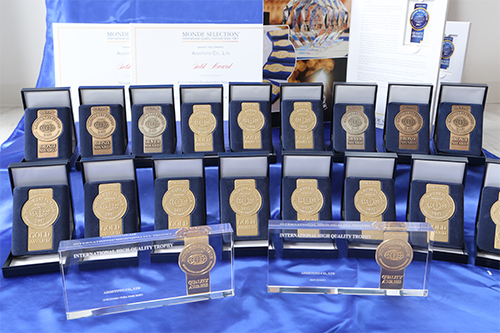 Aishitoto has been awarded 279 medals of the “Monde Selection Award”, the leading quality award, over the past 15 years.
Besides, 29 products of Aishitoto have received “International High-Quality Trophies”, which were given to products that have been granted Gold or Grand Gold Awards for 3 consecutive years.
Moreover, Aishitoto has been awarded the “Crystal Prestige Trophy,” which was given to the company that has been granted the “International High-Quality Trophy” for 10 consecutive years.

Recipient of Gold Award in Health and Productivity Management Enterprise.
Made public presentation as the representative among all selected companies. 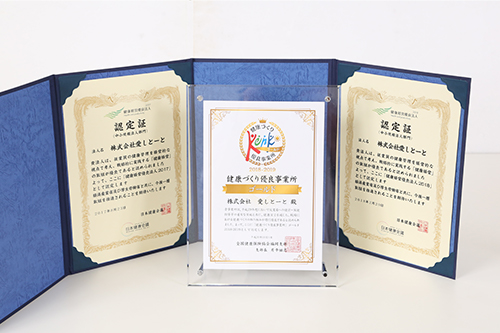 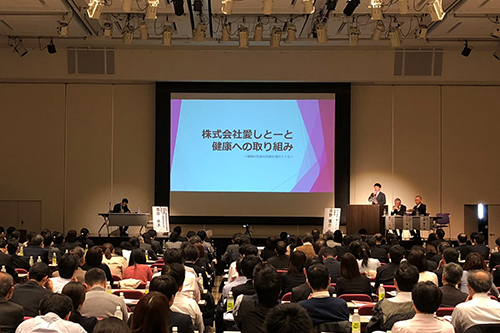 Aishitoto has been recognized as an outstanding enterprise under the Certified Health & Productivity Management Organization Recognition Program for 2 consecutive years. Form the recognized 230 enterprises, we were selected for the gold prize, which has only 15 companies received. Among all recognized enterprises, we were invited to make presentations about our endeavor in this program to around 300 people. The next month, several companies came visit our company to see directly how the system works. In the future, we’ll keep delivering health and energy to our customers. 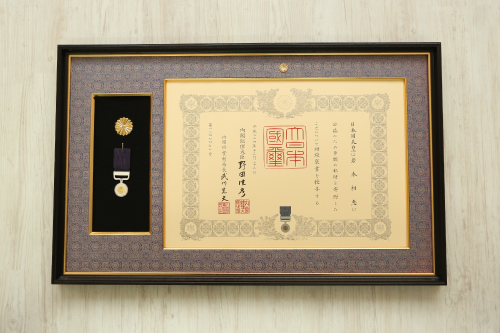 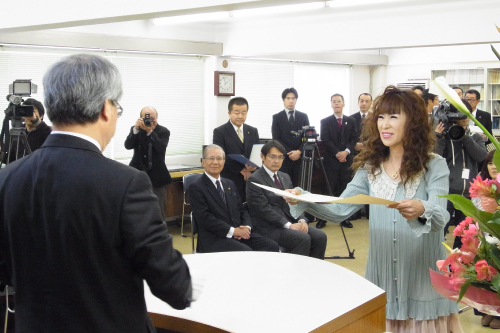 Having been contributed to the teenage education and social activities, Ms. Iwamoto was rewarded the Honor Medal with dark blue ribbon from the Japanese emperor.

Aishitoto was selected as top 300 SMEs by METI 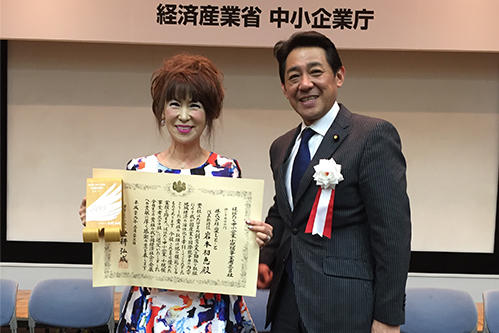 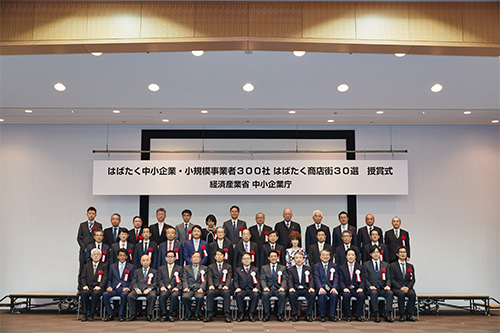 As a company where women can work comfortably and have work-life balance, Aishitoto was selected as one of the top 300 SMEs, and received a commendation from the Ministry of Economy, Trade and Industry.

Aishitoto received the commendation from the minister of justice. 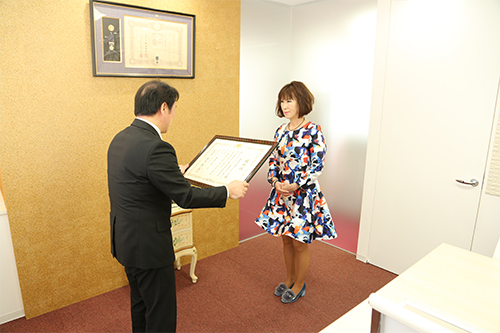 Aishitoto was awarded the commendation from the minister of justice, for its constant assistance and contribution to teenage education and social reformation, which have been recognized by the Offenders Rehabilitation.
With the thought of “building a company that brings positive energy and blessings to people around the world,” from Ms. Iwamoto, Aishitoto will continue participating in social contribution events and become a beneficial company in the world.

Aishitoto received the commendation from Fukuoka City Government for the contribution to the Stop Drunk Driving campaign. Aishitoto has been participating in the forum of stop drunk driving campaign for 13 years. With the ambition of decreasing drunk driving accidents, we’ve carried out various events, including promoting a slogan of “Walk after drinking” to save more lives. 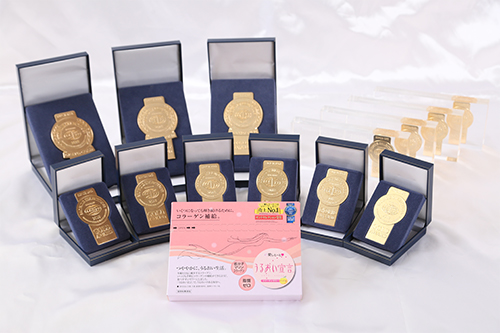 Widely trusted and consumed by our customers as the most iconic product of Aishitoto, URUOI SENGEN (Collagen Jelly) has been awarded the best-selling collagen jelly in Japan for 12 consecutive years. We’re grateful for all support from our customers. In the future, we’ll endeavor to keep doing research and developing more products that will bring health and youth to all ladies. 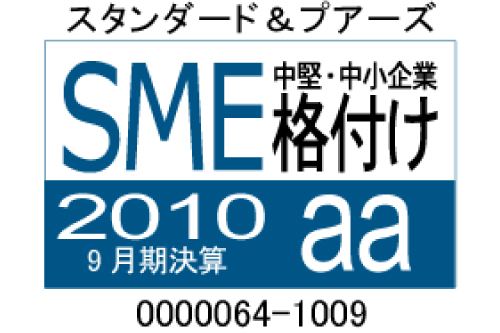 Aishitoto is a business with strong credibility from our customers and clients. We are officially ranked grade “aa” by “Standard & Poor’s Japan SME Rating.”(*1) The grade “aa” represents that the company has a very strong capacity to meet its financial commitments.

(*1) Standard & Poor’s Japan SME Rating is a service provided to over 50 small and medium enterprises, which make JPY 1~10 billion sales annually, by the cooperation between Stand & Poor’s and the Risk Data Bank of Japan. SME Rating indicates the relative level of creditworthiness of an SME entity on a scale from aaa to ccc.